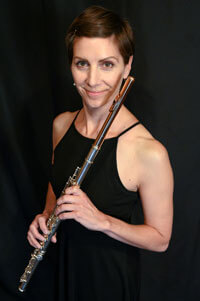 HOMETOWN: Omaha, NE
PROFESSIONAL EXPERIENCE: Currently Assistant Principal Flute with the Omaha Symphony
BACKGROUND/EDUCATION: I did my undergrad at Indiana University. After graduation, I spent 8 months studying with a teacher in England, and then I went on to do my Master's and Doctorate in Flute Performance at Northwestern University.
CAREER INSPIRATION: I have always loved playing the flute since I started in my third grade band. My parents were always very supportive and started me in lessons early on. They also were great about buying me recordings of great flute players and taking me to symphony concerts. I gothooked on classical music and loved listening to it. I think when you develop a love of classical music early on, you want to generate in others the same feeling it inspires in you. That's what motivated me to become a musician.
Read More

MUSICAL TASTES: I like all kinds of music from jazz to pop to latin.
MUSICAL INFLUENCES: My teachers have had the greatest influence on me as a musician as well as my flute-playing friends and colleagues who I admire.
IF YOU WEREN’T A MUSICIAN: I have always loved reading and writing, so if I weren't a musician, I would love to be a book editor or English lit teacher.
BRITT HISTORY: I have been playing at Britt since 2008.
SOUTHERN OREGON FAVORITES: One of my favorite things to do during my free time at Britt is going for long bike rides with my Britt friends. The countryside is so beautiful in southern Oregon, and it's a great way to enjoy the scenery!
FAVORITE BRITT MEMORY: I have so many great Britt memories-this is a hard one to answer! One of my favorite memories is of a concert we gave a few years ago during a storm. Many people stayed to listen even though they were getting rained on, so Peter Bay invited them onto the stage to sit with us. We performed a couple of movements from Beethoven's Second Symphony with audience members all around us. It was a really special way to make music and share it with the community. 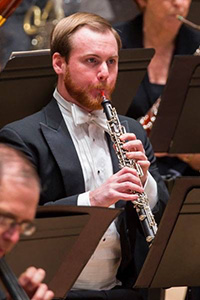 HOMETOWN: Detroit, MI
BACKGROUND/EDUCATION: Alex Kinmonth was appointed Principal Oboe of the Detroit Symphony Orchestra by Leonard Slatkin in 2015 at the age of twenty one, at the time making him one of the youngest Principal musicians in a major American orchestra. He can be heard on the DSO’s most recent “Live from Orchestra Hall” recordings of Copland’s Third Symphony, the Brahms Symphonies and Tchaikovsky’s Symphonies 1, 2, 4, and 6. He also makes regular solo appearances with the DSO and other orchestras across the country, most recently performing the Strauss, Mozart, and John Williams concertos. Alex earned his Bachelor’s degree from The Juilliard School, where he studied with Nathan Hughes of the Metropolitan Opera and graduated with the Peter Mennin Prize for Outstanding Achievement and Leadership in Music.

He has also substituted in the Metropolitan Opera on both oboe and English horn, and in the Charleston (SC) Symphony Orchestra. During recent summers, Alex has participated in the Mainly Mozart Festival in San Diego, CA and the Sun Valley Summer Symphony in Idaho. In previous summers he has attended the Tanglewood Music Festival, Music Academy of the West, the Round Top Institute, and the Aspen Festival, where he received a fellowship in 2014. He also participated in the prestigious New York String Orchestra Seminar at Carnegie Hall in 2013. Alex is also a winner of the Professional Musicians Club of Boston’s award for “Outstanding Achievement.”

Now deeply involved in Detroit’s classical music scene, Alex enjoys performing with local chamber groups including the Chamber Soloist of Detroit and the Detroit Chamber Winds and Strings, where he is a core member. He has also found a love for teaching and coaching, starting a private studio and leading orchestral sectionals for local orchestras such as the DSO’s Civic Youth Ensembles and the Detroit Medical Orchestra. Mr. Kinmonth has held masterclasses for several schools including Interlochen, Bowling Green State University, the University of Alabama, Saginaw Valley State University, and the Cranbrook School. Growing into the digital age, Alex has participated in virtual festivals and masterclasses for the Detroit Symphony Orchestra Summer Institute and the Juilliard Summer Winds series, and teaches reed making online by video.

Alex grew up in a musical household in Carlisle, MA, choosing to play violin at age 5 and oboe at age 9. From a young age, he has pursued orchestral, solo, and chamber music interests, playing with the Boston Youth Symphony, the New York Youth Symphony, and winning awards from the Massachusetts Instrumental and Choral Conductors Association, Philharmonic Society of Arlington, and Concord (MA) Orchestra. His former teachers include John Ferrillo and Laura Ahlbeck. Although music is the main focus of Alex’s life, he also enjoys a balance of athletic, social, and academic interests. He participated in the 2010 National Junior Olympics for fencing, and enjoys soccer, rock climbing, and downhill mountain biking. He is also the winner of a National Gold Key Award in the Scholastic Art and Writing Awards’ Short Story category. 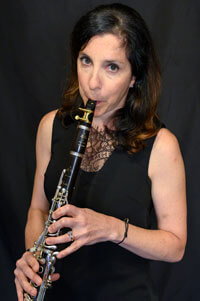 HOMETOWN: Louisville, KY
PROFESSIONAL EXPERIENCE:I am currently principal clarinet of the Louisville Orchestra. I have held interim positions with the Cleveland Orchestra, the Colorado Symphony and the Akron Symphony. I was also a Fellow at the New World Symphony.
BACKGROUND/EDUCATION: I did my undergraduate degree at the Eastman School of Music, as a student of Kenneth Grant. I did graduate work at the Cleveland Institute of Music as a student of Franklin Cohen. I have also studied with Daniel Gilbert, Lawrence Sobol, Mitchell Estrin, and Yehuda Gilad.CAREER INSPIRATION: My aunt was a musician in the New York Philharmonic for many years. I grew up going to concerts and knew that I wanted to be an orchestral musician even before I knew what a clarinet was.
Read More

MUSICAL INFLUENCES: I have learned so much from all the teachers with whom I've studied. I would have to say that I probably wouldn't be in this field had it not been for Daniel Gilbert. His constant encouragement and help have made me want to always try to be better.
IF YOU WEREN’T A MUSICIAN: I would probably be a dog trainer or veterinarian. I love animals!
BRITT HISTORY: This is my second year at Britt.
SOUTHERN OREGON FAVORITES: I love being outside here, whether it be jogging, hiking, or walking through town. 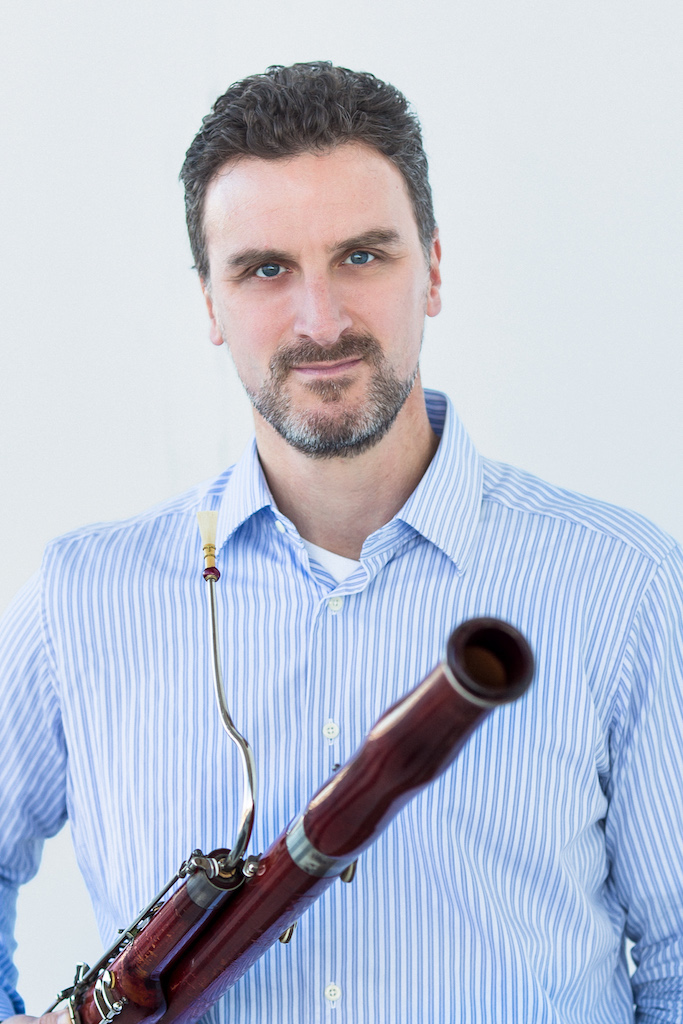 HOMETOWN: Bethesda, MD
PROFESSIONAL EXPERIENCE: Currently with the National Philharmonic and Maryland Symphony Orchestras and the University of Maryland
BACKGROUND/EDUCATION: I've held positions with the Alabama Symphony and Houston Grand Opera, was guest Principal Bassoon with the Indianapolis Symphony Orchestra in 2000 and acting Second Bassoon with the National Symphony Orchestra for the 2011/2012 season. I have degrees from the Eastman School of Music and Southern Methodist University.
CAREER INSPIRATION: Being the only kid in school who knew what the bassoon was, the movieAmadeus, and an aversion to academics.
MUSICAL TASTES: Most anything from Hildegard von Bingen to WWII, plus some classic rock, jazz and reggae. But I particularly enjoy the music of Bruckner, Sibelius, Bach, Wagner and Puccini.
Read More

MUSICAL INFLUENCES: My teachers K. David Van Hoesen and Wilfred Roberts, Klaus Thunemann, Lothar Koch, Luciano Pavarotti, and many other people whose talent I do not possess.
IF YOU WEREN’T A MUSICIAN: If I were six inches shorter, racing Formula 1 cars for Ferrari. If that somehow didn't work out I could see myself in environmental/conservation advocacy or winemaking.
BRITT HISTORY: Since 2000
SOUTHERN OREGON FAVORITES: Wine tasting, hiking, rafting and cycling (particularly between wineries), going to the coast and exploring the region.
FAVORITE BRITT MEMORY: The years I spent working with Mahler symphonies with Peter Bay, and performing with Pinchas Zukerman, Marylin Horne, Federica von Stade, Gil Shaham and all my wonderful Britt colleagues. There was also a Brahms Third Symphony played in 96 degree heat, a Mozart Piano Concerto that was rained out and subsequently performed with the audience on stage, and my wife playing the Mendelssohn Violin Concerto. I probably should have put that one first...

+ Orchestra Member for 20 or more years