Timo Andres: Everything Happens So Much

Composer/pianist Timo Andres takes to the piano to perform Bartok’s sumptuous Piano Concerto No. 3, one of his most traditional works in its warmer, more melodic approach to the concerto genre. We’ll also hear Andres’s quirky composition, Everything Happens So Much, and a rousing rendition of Richard Strauss’s epic tone poem, Also sprach Zarathustra, best known from the opening scene of the classic film 2001: A Space Odyssey. 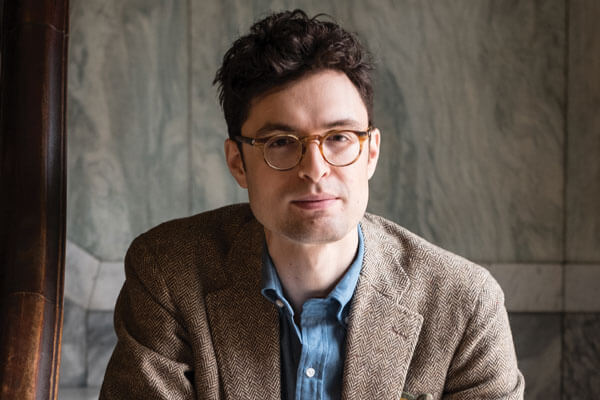 On August 9, composer and pianist Timo Andres joins the BFO as the soloist on Béla Bartók’s sumptuous Piano Concerto No. 3 in E Major. The program also features Andres’s composition Everything Happens So Much, which was originally written for the Boston Symphony. As a recording artist, Andres’s album of orchestral works, Home Stretch, has been hailed for its “playful intelligence and individuality,” (The Guardian) and of his 2010 debut album for two pianos, Shy and Mighty, (performed by himself and duo partner David Kaplan), The New Yorker stated that “it achieves an unhurried grandeur that has rarely been felt in American music since John Adams came on the scene… more mighty than shy, [Andres] sounds like himself.” As a pianist, Timo Andres has appeared with the LA Philharmonic, North Carolina Symphony, the Britten Sinfonia, the Albany Symphony, New World Symphony, and in many collaborations with Andrew Cyr and Metropolis Ensemble. He has also performed solo recitals for Lincoln Center, Wigmore Hall, San Francisco Performances, the Phillips Collection, and le Poisson Rouge.