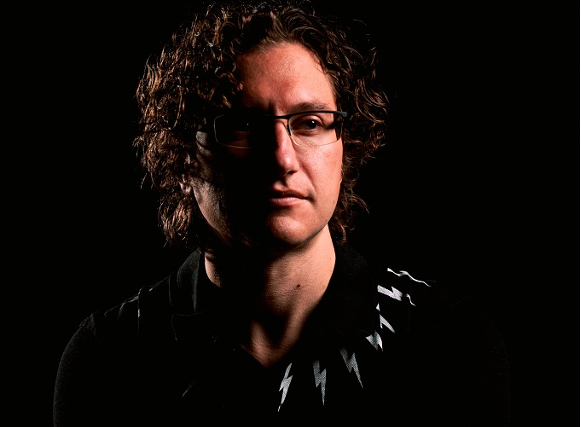 Teddy Abrams, Now in Eighth Season as Music Director of the Louisville Orchestra, Named Musical America’s Conductor of the Year 2022

Musical America announced today that Teddy Abrams—the galvanizing conductor now in his eighth season as Music Director of the Louisville Orchestra—has been named Conductor of the Year for 2022. Louisville Mayor Greg Fisher congratulated Abrams publicly at a news conference soon after the announcement was made. From his earliest days in Louisville, the conductor has been lauded for his efforts to connect the orchestra with the community at large, exemplified most recently by his musical responses to the global pandemic and Black Lives Matter movement, as well as creative initiatives like his rap-opera The Greatest, honoring heavyweight champion and Louisville native Muhammad Ali and featuring local rapper Jecorey Arthur, now newly elected as one of Louisville’s Metro Councilmen. Abrams also serves as Music Director and Conductor of the Britt Festival Orchestra in Jacksonville, Oregon. As a recipient of this prestigious award, he joins a long list of conducting luminaries that includes Marin Alsop, Jaap van Zweden, Gianandrea Noseda, Pablo Heras-Casado, Franz Welser-Möst, and Abrams’s own mentor, Michael Tilson Thomas. The conductor’s videotaped response upon receiving news of the award can be seen here.

“Congratulations to Teddy Abrams for this once-in-a-lifetime honor. Teddy’s many talents and his dedication to raising up the creative community of Louisville has become an inspiration to many, both here and across the country. We are so proud of him and will continue to show it by supporting his vision.”

“I’m incredibly grateful and overwhelmed to receive this award from Musical America; the honor, however, should be shared by my extraordinary colleagues here in Louisville, both on- and offstage, who have become family to me these past seven seasons. We have worked tirelessly together to live by our values: to interconnect the unending pursuit of the creative spirit with the call to service and communion on behalf of our city. I am very proud of the work we’ve accomplished so far in Louisville, and I believe that we are beginning an era of further transformation and growth in a city that deserves it and in an industry that needs bold redefinition. After a particularly challenging period in Louisville’s history I am thrilled that Musical America has offered this recognition for our orchestra and this spotlight for our beautiful city and state.”

Early in the pandemic, Abrams redoubled his efforts to bring comfort through music to people across the city. He and the orchestra participated in “Lift Up Lou,” collaborating with Mayor Fisher to offer Louisville residents “uplifting and engaging” live and shareable content as well as ideas to stay connected, all made available on social media. As part of the same initiative, Abrams brought together numerous Louisville-based musicians to record the collaborative song “Lift Up Louisville,” with proceeds benefiting the One Louisville COVID-19 Response Fund. Lift Up Lou’s “Music on the Move” program also took music directly to Louisville residents, first by having the multi-faceted conductor and musician play a series of one-man pop-up shows on his electronic keyboard in neighborhoods around the city, as reported in the local Courier-Journal. Meanwhile, Abrams offered personal ten-minute online “comfort concerts” throughout the pandemic, and co-hosted the radio show “In This Together” on WUOL Classical Louisville. The Louisville Orchestra, for its part, replaced its previously announced fall offerings with four online concerts in the “Louisville Orchestra Virtual Edition (LOVE)”—streaming live and then available for on-demand viewing—from Louisville’s newest venue, Paristown Hall. Abrams’s indefatigable community engagement, not only during the pandemic but throughout his tenure, has received significant attention from national media, including a feature in Vogue that detailed the orchestra’s virtual season-opening concert honoring Breonna Taylor, and profiles on PBS’s Articulate show, the PBS Newshour and NPR.

Highlights of the Louisville Orchestra’s 2021-22 season include six world premieres; works by composers of color and women composers of three centuries; a three-part festival of Latin American music featuring world premieres by Angélica Negrón and Dafnis Prieto; and the first concert in a multi-season series exploring Black and Jewish music. A major highlight of the season is the world premiere of Abrams’s Piano Concerto, written for and featuring acclaimed pianist Yuja Wang. Also featured are the world premieres of Adolphus Hailstork’s Fourth Symphony and a Louisville Orchestra commission from rising young Louisville composer KiMani Bridges, a new edition of the popular “Teddy Talks…” series deconstructing Schubert’s “Great” Symphony No. 9,performances of Steve Reich’s Music for 18 Musicians and the group composition The Blue Hourat Old Forester’s Paristown Hall, and much more. Attendance at all performances in the 2021-22 season is subject to currently recommended COVID-19 safety protocols.

Conductor, composer, pianist and clarinetist Teddy Abrams has been a revitalizing force at the Louisville Orchestra, where he is music director. Raised in Oakland, California, he became a protégé of Michael Tilson Thomas at just 12 years old. The same energy and drive he displays on the podium today secured him a bachelor’s degree from the San Francisco Conservatory of Music at the age of 18 before being accepted by Curtis as its youngest ever conducting student. In Louisville he has made his mark not only as a visionary and galvanizing conductor but also with creative initiatives such as his rap-opera honoring one of Louisville’s own, heavyweight champion Muhammad Ali. A born leader, Abrams has drawn the local community together with his musical responses to the global pandemic and Black Lives Matter movement.

About the Musical America Awards

Since 1960, Musical America—the voice of the performing arts industry for well over a hundred years—has recognized classical music’s stellar performers with its annual awards, recognizing artistic excellence and achievement in the arts and ranking among classical music’s highest honors. Awards for Conductor, Instrumentalist, Composer, Vocalist and Musician of the Year, based on overall achievement, are given at the iconic invitation-only annual ceremony, which offers opportunities for networking with industry leaders and the honor of hearing from each of the illustrious artists who have been selected for recognition. Over the years, the event has come to be regarded as the industry’s unofficial holiday party, a chance to both congratulate the winners and catch up with a gathering of over 200 high-profile performing arts executives, world-renowned presenters, record producers, artist managers, public relations professionals, music publishers, music critics, arts journalists and more.