Portland conductor John Trudeau and his friend Sam McKinney visited southern Oregon with the dream of starting a music festival. The former hillside estate of Jacksonville pioneer Peter Britt was perfect. Being musicians, they immediately noticed an amazing resonance to the hillside's acoustics. Combined with the gorgeous view of the valley in the distance, they decided the hillside would be the perfect site for concerts.

In the summer of 1963, volunteers erected a makeshift stage of plywood and strung tin-can lights above. A small chamber orchestra was assembled and the Northwest's first summer outdoor music festival was born. The first concert was Sunday, August 11, 1963.

Britt offered classical music exclusively until the present pavilion was constructed in 1978. The new facility enabled expansion to the current multi-disciplinary format. Bench seats were added in 1987 and the handicapped access and restrooms were built in 1993. In 2014, Britt added the Performance Garden, a second stage that is used for a variety of extra activities, including pre-concert music and talks, children’s concerts, and special events. Three customized commercial kitchens were added during a concessions building remodel in 2017, allowing Britt to offer quality food provided by local restaurants. In 2018, Britt replaced and expanded the original bench seating to a capacity of 962 reserved seats.

With a maximum capacity of 2,200, Britt is financially able to afford world-class artists while maintaining an intimate atmosphere. The Britt Park is publicly owned by Jackson County. Britt Music & Arts Festival is a non-profit performing arts organization which utilizes and maintains the Britt Park under a long-term lease with Jackson County.

The Man Behind the Name

In 1852, Peter Britt (1819-1905) arrived in the small, rowdy mining camp of Jacksonville with $5 in his pocket and a wagon full of photography equipment. Like thousands before him, the Swiss immigrant came to America, and to the West, to make a new life for himself. By the time he died, half a century later, Britt was one of Oregon's most celebrated citizens.

Through thousands of photographs, he chronicled 50 years of life and growth in southern Oregon. Miners, farmers, ranchers, builders, bankers, merchants, clergymen and families were all captured by Britt's lens. From Jacksonville's inauspicious beginnings in the 1850s to southern Oregon's agricultural prominence at the turn of the century, Britt's images tell the stories of those who settled and transformed our region.

But Britt's camera represents only one aspect of his contribution to Oregon history. A fervent believer in the agricultural promise of the Rogue Valley, Britt planted the first fruit trees in the region and opened Oregon's first winery. At various times he was a miner, packer, financier, bee-keeper and meteorologist.

Evidence of Peter Britt's remarkable life is still visible on the Britt hill. A reconstructed stone foundation outlines Peter Britt's original homesite in the lower gardens. Many of Britt's original trees are still producing fruit, and the Sequoia sapling Britt planted on the day his first child was born in 1862 now stands more than 200 feet tall. You'll find it down a path, about 50 yards from the home site.

You can learn more about Peter Britt at the permanent displays of the Southern Oregon Historical Society. 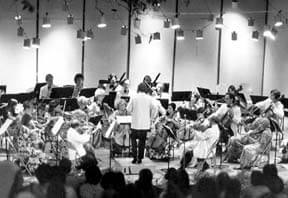 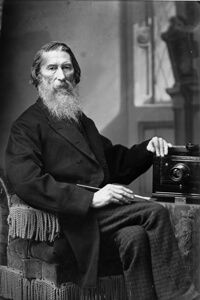